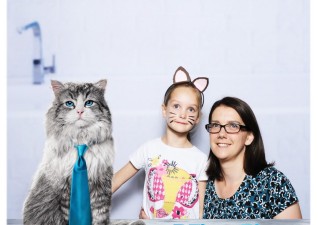 Imagine a world in which someone that is a cross of Richard Branson and Donald Trump (before Trump decided that trying to become President was a good idea) turns into a cat. That may sound quite far out, but it's pretty much what happens in Nine Lives, which Little Miss C and I went to see a VIP screening of this morning. Tom Brand (played by Kevin Spacey) is that Branson / Trump amalgamation. A man who goes in for the publicity stunts that Branson always uses with his Virgin brand, but with Trump's determination to always beat the competition - in the film's example in terms of having the ... END_OF_DOCUMENT_TOKEN_TO_BE_REPLACED 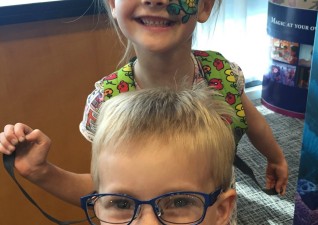 Last weekend saw me have a rare weekend away without the kids, but being the amazing mum that I am (or just because timing worked out that way...) I made sure that Mr C would have something special to entertain the kids with on Saturday morning, and so he headed into central London with them to a special screening of the new Disney Pixar film Finding Dory to celebrate the launch of the Specsavers new Finding Dory eyewear range. Now with both kids loving the film Finding Nemo (to which Finding Dory is the sequel) and with Master C having worn glasses for the last year it seemed like a ... END_OF_DOCUMENT_TOKEN_TO_BE_REPLACED 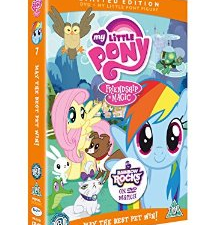 As a child I absolutely loved My Little Pony. There was just something completely magical about them that I adored and it seems Little Miss C is exactly the same. We were recently sent a copy of My Little Pony: Friendship is Magic: May the Best Pet Win on DVD to review and since it arrived she has been completely obsessed with it! Not only does she act out most of the stories but as the limited edition version of the DVD that we were sent came with a small My Little Pony figure this has become her favourite toy and Helia goes to bed with her at night and today is once again at school for ... END_OF_DOCUMENT_TOKEN_TO_BE_REPLACED 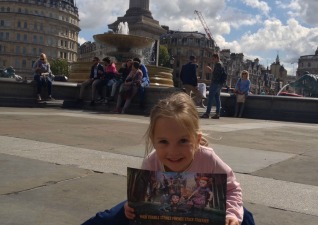 After a rather sleepless night with Master C on Saturday night Mr C and I decided that he would instead take Little Miss C into London on Sunday morning to see an advance screening of The Boxtrolls - the new animated family title from Universal instead of me. They don't often get to go somewhere just the two of them so it was a great opportunity for some quality father-daughter time. The Boxtrolls is the story of a group of box wearing trolls (much as the film's title suggests) who all live under the town of Cheesebridge. They bring up an orphaned human boy called Eggs (named after the ... END_OF_DOCUMENT_TOKEN_TO_BE_REPLACED 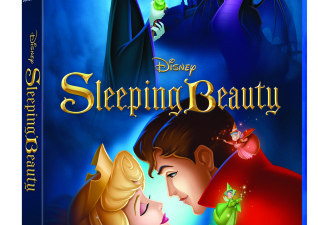 As I'm sure regular readers will know, I'm a huge fan of all sorts of children's vintage stuff, especially books, but I also love introducing my children to some of the television programmes and films that I also remember watching as a child. Little Miss C has really taken to some of the older stuff and regularly asks for specific films or DVDs to be put on when she wants to watch them. I was therefore really pleased to hear that Disney were re-releasing their classic Sleeping Beauty on DVD and Blue-ray. It was 1959 when this film was originally released, and it holds it's own bit of Disney ... END_OF_DOCUMENT_TOKEN_TO_BE_REPLACED

What was the first film that you saw at the cinema? I've probably seen hundreds there over the years, but that first trip always sticks with you. I have absolutely no idea at all when people normally take their kids to the cinema for the first time. I remember going to the old Odeon in Rotherham with my Mum to see the Jungle Book and being strangely scared by the toilets there, but I can't remember how old I was at the time. I do remember the trip though and can still cast my mind back to the amazement I felt at how big the screen was compared to our little telly at home. Photo taken ... END_OF_DOCUMENT_TOKEN_TO_BE_REPLACED

You don't even need to look out of the window at the moment to know that the weather is pretty damn miserable out there. It certainly doesn't bode well for half term next week. I know that I'm always saying that there's no such thing as bad weather, just inappropriate clothing, but after all this rain and wind that's really starting to wear thin now! I'm definitely thinking that indoor activities are the way to go next week and I'm therefore delighted to have been asked to share these Reef 2 activity sheets with you. Reef 2 High Tide is being released on DVD ... END_OF_DOCUMENT_TOKEN_TO_BE_REPLACED

A day off work sick gave me the opportunity to pamper myself and catch up with a few things off our magic TV box. Quite a few people I know are currently enjoying Nella Last's War and it reminded me that I had the TV adaptation, Housewife 49, which I still hadn't got round to watching. I had thoroughly enjoyed both Nella Last's War and Nella Last's Peace, so I was a tad worried that the film version would not live up to how I had pictured everything in my head. I shouldn't have worried though as Victoria Wood had done a fantastic job with the script and playing ... END_OF_DOCUMENT_TOKEN_TO_BE_REPLACED

This is the wintery scene that greeted me as I left home to go to work on Friday morning. Walking to St Albans station was like walking through a blizzard - I was wearing wellies and my ski jacket and was white with snow when I reached the station. There the staff were advising us not to venture into London as there could be no guarantees that we'd actually get home again. I pressed on though and actually felt quite silly by the time I got into London as there everything was just grey and miserable looking. My colleagues had a good laugh though when I appeared in the office dressed for ... END_OF_DOCUMENT_TOKEN_TO_BE_REPLACED

I'm currently off work with a chest infection, so on my way home from the Doctors yesterday I decided to call into my local branch of Blockbuster to pick up a DVD to watch. I'm not a big fan of daytime TV (a government ploy to keep unemployment levels down, I'm sure of it) or Wimbledon (which is all the BBC seem to be showing) so thought a film might be an alternative to reading (which I'm also doing a huge amount of at the moment). Khaled Hosseini's The Kite Runner is a book that has been on my reading list for a fair while. I had heard that a film version had been made, but was pleasantly ... END_OF_DOCUMENT_TOKEN_TO_BE_REPLACED