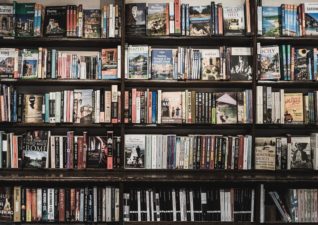 When it comes to book report writing, students often think that it won’t take too much time, as they just need to share their opinion on the matter. Unfortunately, it is far from the truth. To write original and high-quality book report you need to analyze its content and context meticulously and come with a creative way to present your opinion in the most objective way. Get to know more about how you should do it to impress your professor. Types of Book Reports Recommendation report  is about whether the book is worth reading or not. Written simply, you can add a little bit of beauty ... END_OF_DOCUMENT_TOKEN_TO_BE_REPLACED 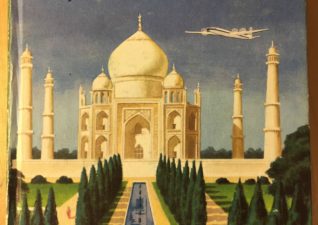 This post has now moved over to Penny Reads, the new home for all my book related blog posts. Click here to read the post in full.   If you, like me, have a fascination for old Ladybird books then please take a look at all the books I have featured here on Ladybird Tuesday over the years. There’s a list of the titles I have and links to when I covered them on Ladybird Tuesday here, but I will warn you that it’s rather in need of an update. If you have any old Ladybird books that you no longer want, photos of books in your collection that you want to share, or are trying to track ... END_OF_DOCUMENT_TOKEN_TO_BE_REPLACED 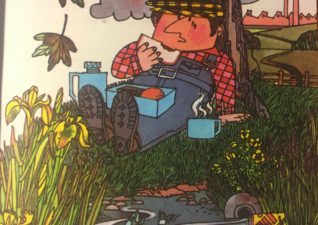 No - this isn't some statement about the state of Ladybird Tuesday on this blog (although - maybe it should be!) but instead the question posed in the title of this week's Ladybird Tuesday book choice. What on Earth are we doing? is part of Ladybird's 1970s Conservation series (series 727). These books seem to have been published with two different cover versions, but I have to be honest and say that I'm not exactly sure which version of the cover came first. This title was published in 1976 and judging by the man on the cover of both versions I believe it to be just the covers that ... END_OF_DOCUMENT_TOKEN_TO_BE_REPLACED 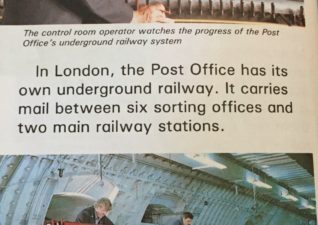 Inspired by a recent trip that B and I took to the fantastic Postal Museum in London (do go - it's a brilliant day out, especially the Mail Rail ride) I simply had to buy a copy of The Postal Service (from the "People who help us" series) when I recently came across it in a charity shop. It's a Ladybird series that I normally leave on the shelves when I see it - simply because I have to draw the line somewhere with my collection and my general rule of thumb is to only go for series that had books with matt covers on them. The "People who help us" series was given the number 822 and was ... END_OF_DOCUMENT_TOKEN_TO_BE_REPLACED 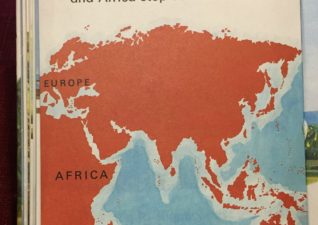 It’s somewhat fitting that I’m sat writing this week’s Ladybird Tuesday in a cafe on the island of Jersey (much more on that soon), because this week’s Ladybird Tuesday book choice is Islands from the Ladybird Leader series, number 737. Islands was one of the later titles in the Ladybird Leader series. A series which covers things as diverse as song birds and trains. Sounds and teeth. The aim of the series was to meet the “very real need” for “first information books” for children. Ones which help answer some of the questions that children have, whilst also encouraging reluctant ... END_OF_DOCUMENT_TOKEN_TO_BE_REPLACED 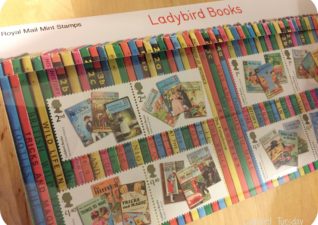 It's fair to say that 2017 didn't end up the way I imagined it would when I sat here a year ago. As a result several things slid, and one of those was Ladybird Tuesday. New year, new start though and Ladybird Tuesday is back and I have some pretty big plans for it over the next twelve months. It's most likely that when I sit down and write the first Ladybird Tuesday post of 2019 it will probably be on a different blog, but I'm putting my positive head on and seeing change as an opportunity rather than a threat, and I'm very excited about lots of new plans that I've been thinking about, ... END_OF_DOCUMENT_TOKEN_TO_BE_REPLACED 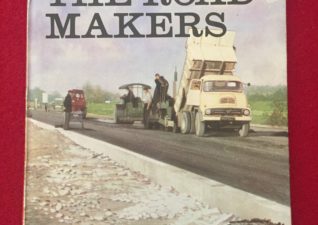 And we're back! There just aren't enough hours in the day right now to do everything I want to do. But, a big charity shop haul of new Ladybird titles as a gift from my OH has given me the kick up the backside that I somewhat need to get some Ladybird Tuesday posts written. After many hours recently on the UK's motorway network it seems somewhat appropriate to be back with The Road Makers from the People at Work series (series 606B). We've visited this series several times now on Ladybird Tuesday (The Fireman, The Builder, The Soldier, The Policeman, The Car Makers, In a Hotel) and it's one ... END_OF_DOCUMENT_TOKEN_TO_BE_REPLACED 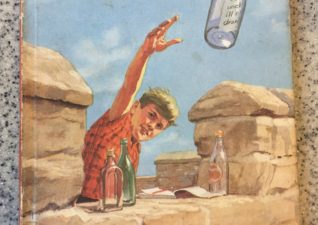 It's been a little while since we've visited the Ladybird Key Word Reading Scheme here on Ladybird Tuesday, but that's where we're headed today with book 10b in the series - Adventure at the castle. The early books in the Ladybird Key Words Reading Scheme are the ones that everyone seems to be familiar with. Simple sentences about Peter and Jane were how many of my generation learnt how to read. I'm guessing that many of us moved on to other books though and didn't progress on to the later titles in the series like this one. By Adventure at the castle we have left Peter and Jane ... END_OF_DOCUMENT_TOKEN_TO_BE_REPLACED 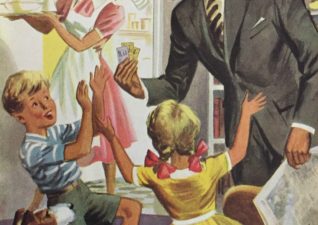 Oh how the circus has changed since today's Ladybird Tuesday book was first published! The Circus Comes to Town was first published in 1957 and I am led to believe that the first editions of this book came complete with dust jacket, as the very early Ladybird titles did. My copy is probably slightly later, but it's definitely an old edition. The pages are made from the shiny paper that Ladybird trialled in a few titles. When I featured the Ladybird Book of Commercial Vehicles on here a few years back, I wrote about how it was experimented with in series 584, but I hadn't realised that ... END_OF_DOCUMENT_TOKEN_TO_BE_REPLACED 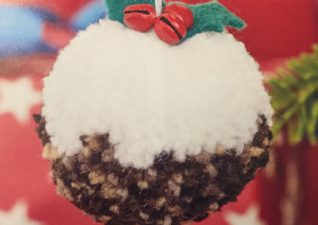 October on the calendar means it's perfectly acceptable to talk about Christmas right? I hope so, as that's exactly what I plan to do today as I review the amazing book A Very Pompom Christmas from GMC Books. Written by Jemima Schlee, the subtitle of this book is 20 festive projects to make, and that's exactly what it is. Now, I've come across Jemima Schlee before after picking up one of her previous books, Take a Tea Towel on a GMC stand at Knitting and Stitching, and so I had rather high hopes for this book and they were certainly met by it. I love a Pompom. There's just something ... END_OF_DOCUMENT_TOKEN_TO_BE_REPLACED