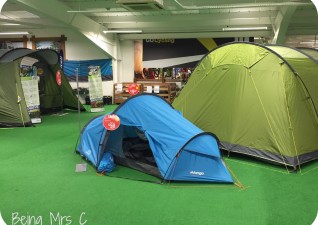 The last time I slept in a tent was when I was 17. It was part of my Gold Duke of Edinburgh's Award expedition on the North Yorkshire Moors and it was an eventful trip. We reached our campsite that first night and one member of the team pulled something out of her rucksack and said with a flourish "here's the tent inner". Seconds later another member of the team did exactly the same. Word for word the same. Now, I don't know how much you know about old fashioned tents, but two tent inners isn't exactly right. Especially when it's raining! Luckily things improved from that point on, although ... END_OF_DOCUMENT_TOKEN_TO_BE_REPLACED